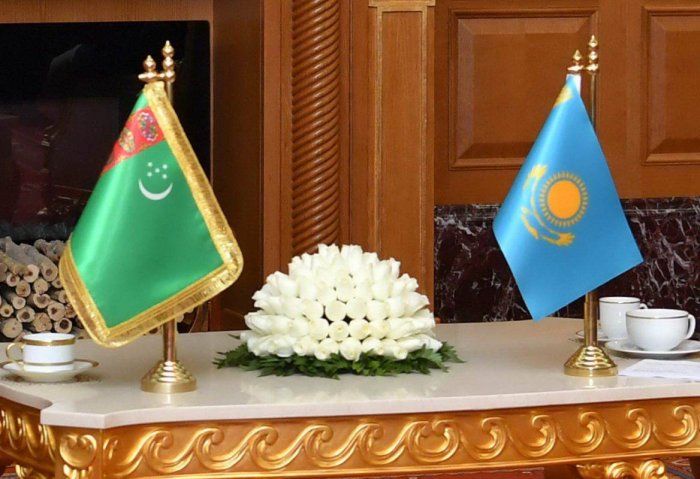 President of Turkmenistan Gurbanguly Berdimuhamedov and First President of Kazakhstan Nursultan Nazarbayev had a telephone conversation.

Turkmen President congratulated Nazarbayev on his 80th birthday. Expressing sincere appreciation for the congratulations, Nursultan Nazarbayev underlined the high level of mutual understanding and trust inherent in interstate relations that stand as the basis for their further successful development.

The interlocutors also focused on the coronavirus-related global issues and the ways to combine international efforts to overcome it.

During the conversation, it was noted that substances hazardous to human health, including viruses, can be carried by air currents, especially in a complex ecological environment, according the report. “Central Asia is one of the most sensitive and environmentally sensitive regions of the world. One of the main reasons for this is the problem of the Aral Sea”.

“The air masses that form in the Aral Sea zone and spread over a vast geographical area, have a negative impact on nature and climate and pose a special danger to the health of people living not only in this region, but also beyond its borders,” the TDH said.

Putting forward the initiative on creating the UN Special Program for the Aral Sea Basin, Turkmenistan takes concrete steps to develop this initiative.

“The day when on August 24, 2018 in Avaza at the IFAS Summit, you supported the proposals of Turkmenistan to comprehensively address the Aral Sea at the UN level is especially memorable,” President Berdimuhamedov continued.

“I clearly remember your words in support of this position. Back then you emphasized that during the lifespan of one generation a whole sea has disappeared from the face of Earth,” the Head of State said.

Noting the need for joint action in order to eliminate the consequences of this environmental disaster, the Head of State announced his readiness to establish regular contacts between medical scientists, environmentalists and other specialists of Turkmenistan and Kazakhstan in the near future.