Samsung Biologics makes drugs for some of the world's largest drugmakers, including Bristol Myers Squibb and Roche. (Photo: BusinessKorea)

Dubbed the “Super Plant,” the company’s fourth manufacturing unit is set to cover around 230,000 square meters of area, making it the world's largest drug manufacturing plant.

Samsung said it wants to capture an "unprecedented increase in demand" caused by the COVID-19 pandemic, according to the WSJ.

Samsung Biologics CEO Kim Tae-han said the plant was originally going to be much smaller, but the company pushed for an expansion after seeing the increase in demand for COVID-19 treatments. Last quarter, the drugmaker saw manufacturing orders nearly triple over the previous year to $1.5 billion.

Samsung expects to begin manufacturing activities in the new plant in the second half of 2022.

Founded in 2011, Samsung Biologics is a relatively recent venture for the conglomerate known mainly for its smartphones. The company makes drugs for some of the world's largest drugmakers, including Bristol Myers Squibb and Roche. 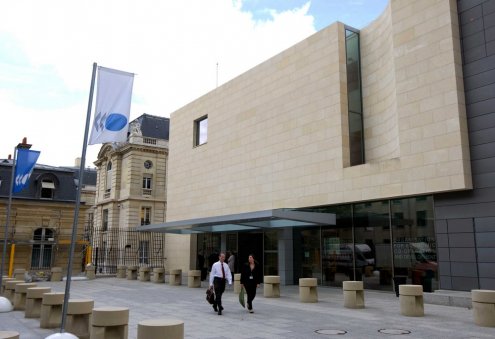