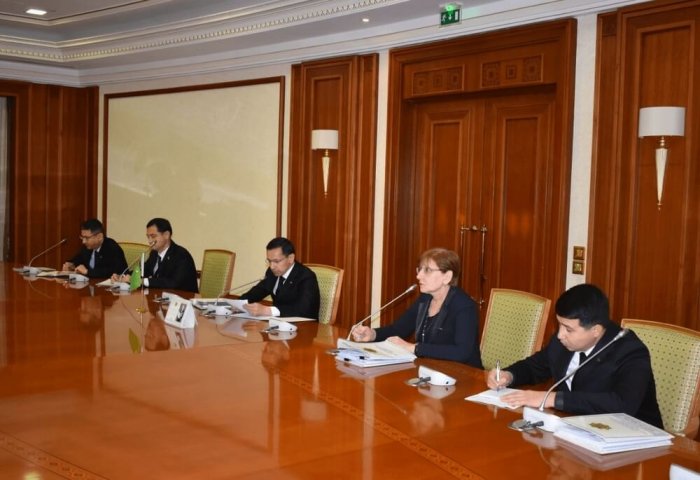 Turkmenistan’s trade turnover with SPECA countries amounted to $1.4 billion in 2019.

Minister of Finance and Economy of Turkmenistan Muhammetgeldi Serdarov on Friday participated in the 15th meeting of the Governing Council of the United Nations Special Program for the Economies of Central Asia (SPECA), the Turkmen Ministry said in a press release.

The meeting participants discussed issues on improving the activities of the SPECA, as well as improving the socio-economic situation in the region in post-COVID-19.

According to Minister Serdarov, in recent years there has been a significant improvement in trade and economic interaction between Turkmenistan and the SPECA member countries. In 2018, the trade turnover of Turkmenistan with the countries of the program amounted to over $1.143 billion, and in 2019 this figure increased by 22% to $1.4 billion.

During the 9 months of this year, due to the epidemiological situation in the world, trade with the SPECA countries decreased by 8% compared to the same period last year and amounted to $921.8 million. During the period, the bulk of trade fell on Afghanistan, Uzbekistan and Kazakhstan.

Based on the results of the Governing Council meeting, the SPECA member countries made relevant decisions.