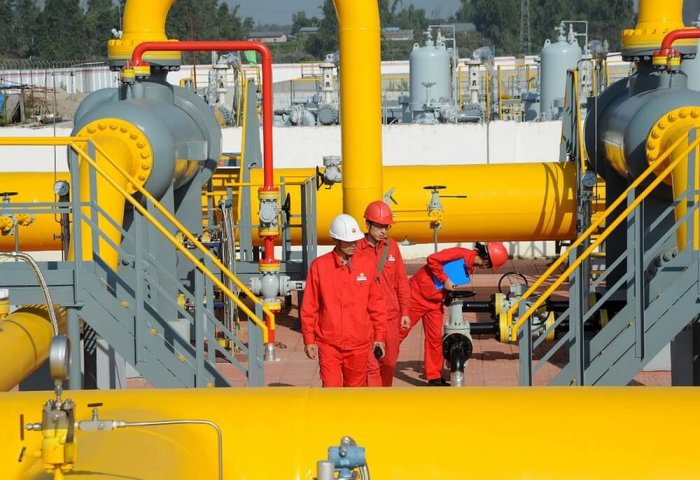 Ashgabat is working to increase deliveries of Turkmen natural gas to China and to this end, is ready to discuss the building of the fourth pipeline route from Turkmenistan to China, President Gurbanguly Berdimuhamedov told Chinese state media in an interview on Wednesday.

In an interview with media, including CGTN international TV news service and Xinhua news agency, the Head of State said one of the priorities of cooperation between Turkmenistan and China is the fuel-energy sector, highlighting the construction and commissioning of the Turkmenistan-China gas pipeline in 2009 as a vivid example of fruitful bilateral partnership.

"Today we are working on increasing the volume of Turkmen natural gas supplies, taking into account the increasing needs of the economy of the People's Republic of China and the capacity of Turkmenistan's resource base,” President Gurbanguly Berdimuhamedov stated, adding “in this regard, we are ready to discuss in detail the possibility of building the 4th pipeline route from Turkmenistan to China.”

During the interview, the Turkmen President also confirmed that he will take part in the opening ceremony of the 2022 Winter Olympics in China and highlighted the significance of the upcoming event for the entire planet.

Turkmenistan currently exports natural gas to China via three pipelines passing along the Turkmenistan-Uzbekistan-Kazakhstan-China route. The pipeline system is capable of transporting 55 billion cubic meters (bcm) of gas a year, with majority of the supplies provided by Turkmenistan and the rest provided by Kazakhstan and Uzbekistan.

The fourth line, for which 30 bcm of annual capacity has been proposed, is expected to be constructed on the Turkmenistan-Uzbekistan-Tajikistan-Kyrgyzstan-China route. It’s commissioning is expected to allow Turkmenistan to increase its annual gas deliveries to China by up to 65 bcm.