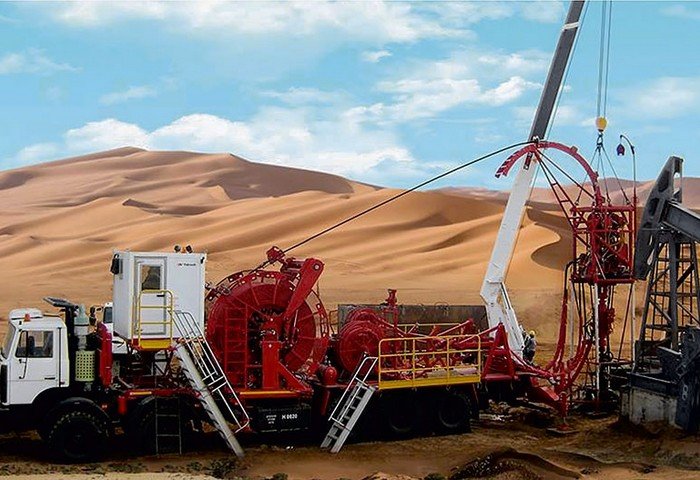 The additional agreement focuses on the provision of services at at least 550 oil wells at the Goturdepe field in Turkmenistan.

Turkmenistan’s national oil company Türkmennebit State Concern will conclude an additional agreement to the contract with the Russian Tatneft PJSC for servicing hundreds of oil wells.

The Resolution authorizing the conclusion of the agreement was signed by President of Turkmenistan Gurbanguly Berdimuhamedov on Wednesday.

The document was signed with the aim of further developing the oil-gas complex of Turkmenistan, and increasing the productivity of oil wells through the introduction of modern technologies and special equipment into production, the country's official media reported on Wednesday.

In summer of 2010, Türkmennebit, in accordance with the Presidential Resolution dated July 30, 2010 concluded a contract with the Tatneft company, based in Russia’s Tatarstan Republic, on the provision of services to increase the production rate of oil wells at the Goturdepe hydrocarbon field.

The additional agreement to the contract focuses on the provision of services at at least 550 oil wells at the Goturdepe field.

In early February, President Gurbanguly Berdimuhamedov signed a document on allocating to the Türkmennebit over 250 million manats of investment for the development of the oil and gas industry.

In November last year, Consul General of Turkmenistan in Kazan Atadurdy Bayramov paid a working visit to the facilities of Tatneft PJSC in the city of Almetyevsk in Russia’s Tatarstan Republic and held talks with the General Director of the company Nail Maganov. The Consul General got acquainted with the activities of the Tatneft’s Modeling Center, including its capabilities in building geological and hydrodynamic models for oil fields.