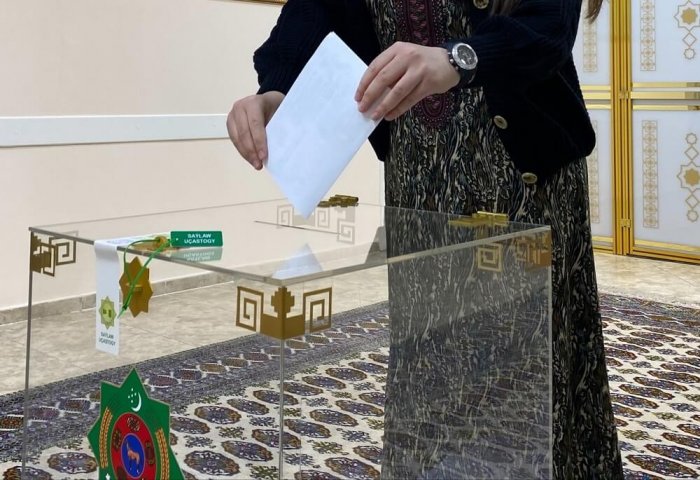 At 7:00 2,577 polling stations opened across Turkmenistan.

Early elections of President of Turkmenistan finished at 19:00 on Saturday with 97.12% voter turnout, according to the Central Election Commission of Turkmenistan.

At 7:00 2,577 polling stations opened across Turkmenistan. More that 3.45 million voters were registered to vote in presidential race. The Central Election Commission of Turkmenistan has registered nine candidates for the highest state post of Turkmenistan

Abroad, 90.93% of voters voted in the diplomatic missions of the country, but in some countries, due to the difference in time zones, voting continues.

The incumbent Turkmen President Gurbanguly Berdimuhamedov was among the first to cast his vote in the elections. He voted with his mother at the polling station No.48 in Ashgabat school No. 68 named after Annaniyaz Artyk. The event was covered by a number of local and international news agencies.

In his statement after casting his ballot, the Turkmen Leader called the elections a historic event, in which the people will elect a new President. He stressed that the elections are held democratically, on an equal and legal basis, and openly.

The inauguration ceremony of the newly elected President of Turkmenistan will be held at the Oguzhan Palace Complex in capital Ashgabat on March 19.