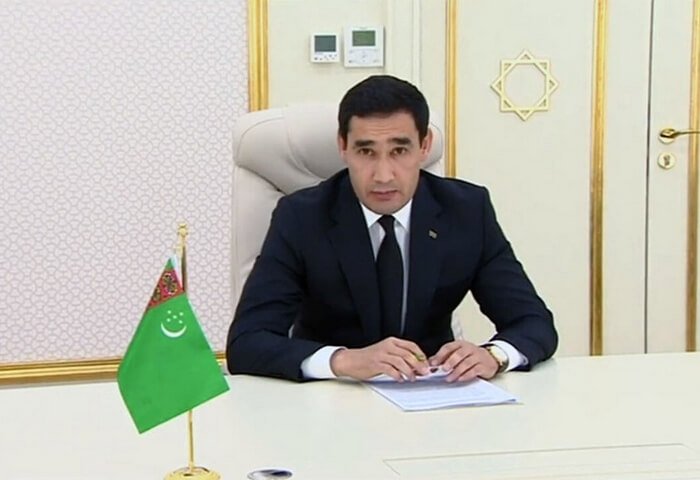 In their congratulatory messages, published by official Turkmen media on Wednesday, the Presidents invited the Turkmen Preident-elect to the countries they head.

In his message, the Kazakh President said he is convinced that the joint efforts can give a new powerful impetus to the entire range of interstate cooperation, bring Kazakh-Turkmen relations to a qualitatively new level, including in the interests of ensuring the security and prosperity of Central Asia.

“In this vein, to discuss further prospects for expanding our multifaceted ties, I invite you to pay a state visit to Kazakhstan at any time convenient for you,” President Tokayev wrote.

The Head of Azerbaijan said he is satisfied with the political dialogue at the highest level in bilateral relations, as well as with mutually beneficial cooperation in the economic, energy, transport, humanitarian and other fields. Aliyev added that through joint efforts, the strategic partnership between Azerbaijan and Turkmenistan will continue to develop and serve for the benefit of the countries.

“Taking advantage of this pleasant opportunity, I invite you to visit Azerbaijan,” President Ilham Aliyev said in his message to the Turkmen President-elect.

In his message, the Iranian President said the priority direction of the Iranian Government in politics is the comprehensive development of relations with neighboring countries.

“At the same time, Turkmenistan occupies a particularly important place. In this regard, I invite Your Excellency to pay a visit to Tehran at any time convenient for you to hold joint talks and consider ways to expand bilateral relations,” Seyyed Ebrahim Raisi wrote in his congratulatory message to Serdar Berdimuhamedov.

The Presidents wished Serdar Berdimuhamedov success at the post of Turkmen President.

Early presidential elections were held in Turkmenistan on March 12. Deputy Chairman of the Cabinet of Ministers Serdar Berdimuhamedov won a landslide victory, gaining 72.97% of the votes.