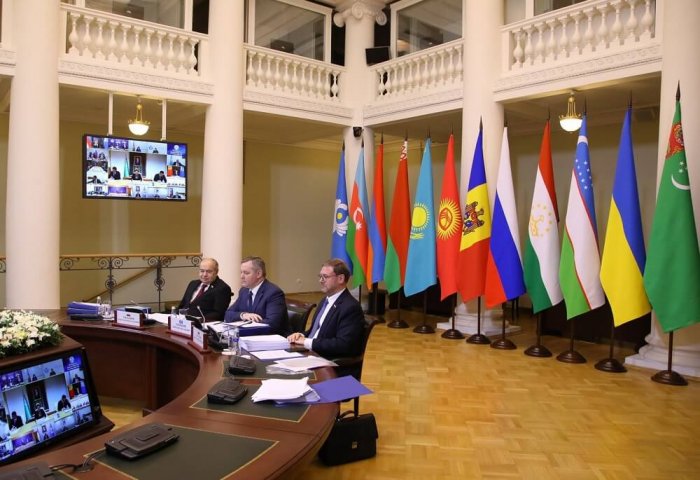 51st plenary meeting of the Interparliamentary Assembly of the Commonwealth of Independent States held online on November 27, 2020

The delegation of Turkmenistan will participate in the solemn meeting of the Interparliamentary Assembly (IPA) of the Commonwealth of Independent States (CIS), which will take place on March 28-29 in Kazakhstan’s Almaty city.

The Resolution on the dispatch of the Turkmen delegation to the meeting was signed by the President of Turkmenistan Serdar Berdimuhamedov during the online cabinet meeting on Friday.

The delegation will be led by led by Gulshat Mammedova, Chairperson of the Mejlis chamber of the bicameral parliament of Turkmenistan Milli Gengesh.

The meeting will be dedicated to the 30th anniversary of the IPA CIS.

The Head of State said the negotiations and other events within the framework of the upcoming IPA CIS meeting will contribute to the development of effective contacts between representatives of the parliaments of different countries and assist in the exchange of experience in the field of lawmaking.