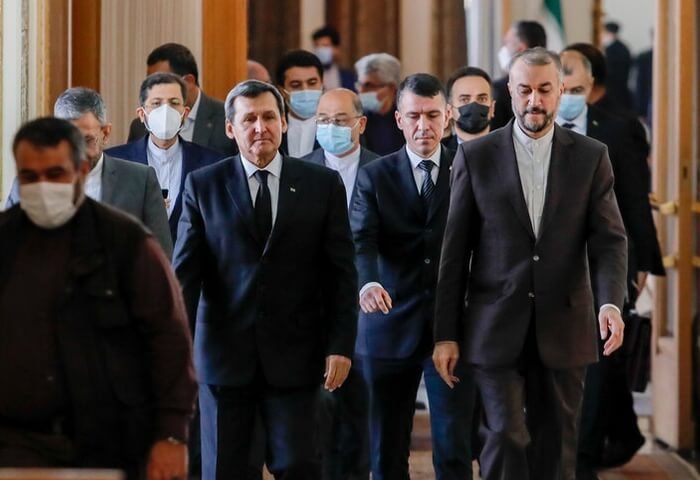 Turkmen Foreign Minister Rashid Meredov and Iranian Foreign Minister Hossein Amir Abdollahian in a telephone conversation on Tuesday discussed international and bilateral issues of mutual interest, especially the need to boost cooperation among the littoral states of the Caspian Sea.

Meredov proposed to hold the meeting of foreign ministers of the five Caspian Sea countries with the aim of expanding multilateral cooperation and paving the way for a summit of the leaders of the Caspian countries.

The Iranian Foreign Minister also hailed the continued expansion of friendly and progressing ties between Iran and Turkmenistan.

During the talks, the foreign ministers of Turkmenistan and Iran exchanged congratulations on the arrival of the holy month of Ramadan.