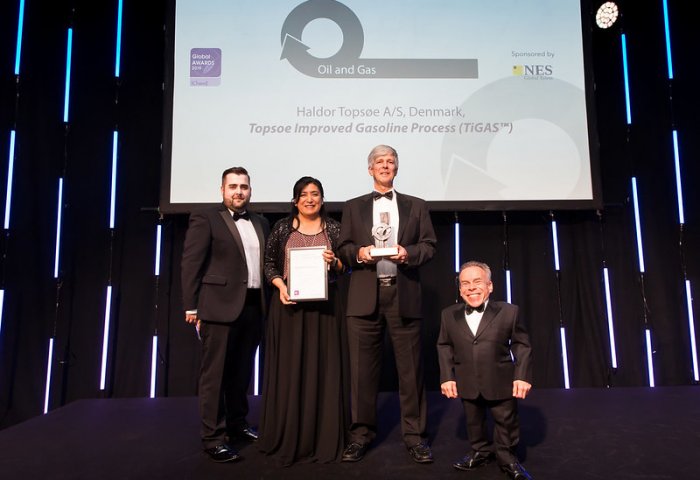 According to the document, the members of the Topsoe TIGAS technology team received the award at a black-tie event in Hull, UK, on November 7.

“To us, the Oil and Gas award 2019 is the culmination of decades of complex catalyst development, pilot testing, reactor design, and process engineering” said Kim Knudsen, Executive Vice President of Topsoe’s Sustainables Business Unit, in the company’s blog. “And the result has been spectacular: The successful design, commissioning and start-up of the world-scale and only natural gas-to-gasoline facility in Turkmenistan.”

Besides Haldor Topsoe, the finalists in the Oil and Gas category of the award were ExxonMobil Chemicals, Fluor, PETRONAS Penapisan, Saudi Aramco (three entries), and University College London.

The Institution of Chemical Engineers (IChemE), founded in 1922, is a global professional engineering institution with over 37,000 members in over 100 countries worldwide and with primary offices in the UK and Australia.

The IChemE Global Awards, now in their 25th year, celebrates chemical and process engineering achievements. They are widely considered the world’s most prestigious chemical engineering awards.