North Pole to Be Ice-Free by 2050, Scientists Warn 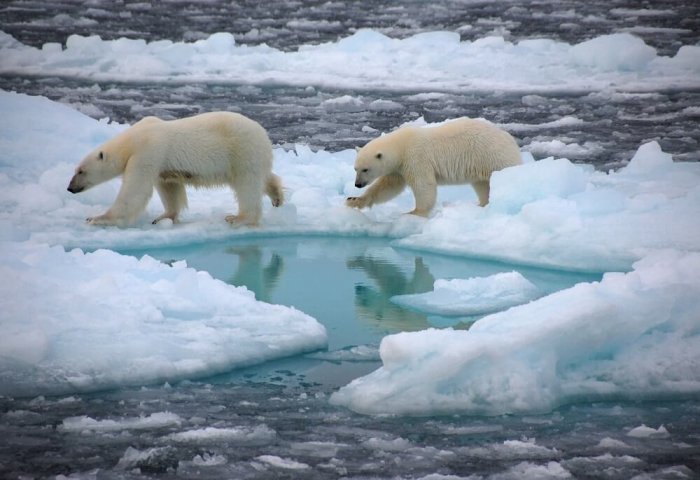 The sea-ice cover is a hunting ground and habitat for polar bears and seals. (Photo: Dirk Notz)

A new research study said the summer ice in the Arctic Ocean will disappear by 2050, which could have substantial implications on the ecosystem and the climate in the region.

The research study involved 21 research institutes from around the world and was coordinated by Dirk Notz from the University of Hamburg, Germany. The study is based on data from 40 different climate models. The researchers considered what would happen to the Arctic Ocean if the world could not significantly reduce greenhouse gas emissions into the atmosphere.

According to the University of Hamburg’s press release issued last week, the North Pole is presently covered by sea-ice all year. Each summer, the area of sea-ice coverage decreases and grows again in winter. However, as a result of global warming, the overall area of the Arctic Ocean covered by sea-ice has reduced rapidly over the past few decades. According to the researchers, this substantially affects the Arctic ecosystem and climate.

"If we reduce global emissions rapidly and substantially, and thus keep global warming below 2°C relative to preindustrial levels, Arctic sea ice will nevertheless likely disappear occasionally in summer even before 2050. This really surprised us" said Dirk Notz, who leads the sea-ice research group at University of Hamburg, Germany.

The researchers added that the sea-ice loss in the future is dependent on carbon emissions. "If emissions are reduced rapidly, ice-free years only occur occasionally," the statement added. "With higher emissions, the Arctic Ocean will become ice-free in most years."

The sea-ice cover is a hunting ground and habitat for polar bears and seals, and keeps the Arctic cool by reflecting sunlight.