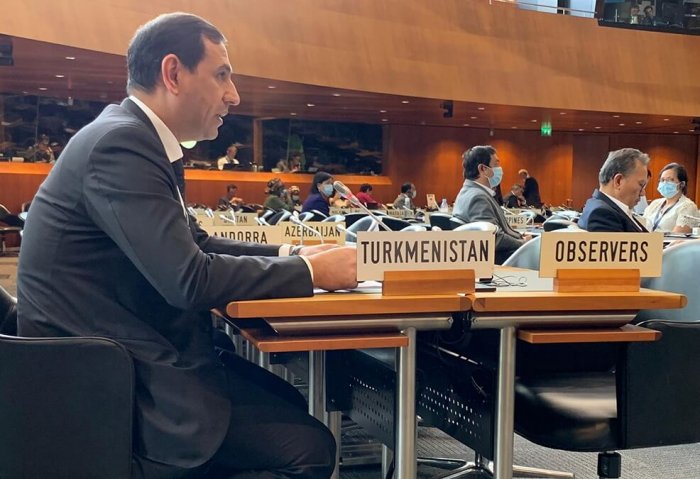 Turkmenistan was granted the WTO observer status during a meeting of the WTO General Council. (Photo: WTO)

Turkmenistan was granted the observer status in the World Trade Organization (WTO) at a meeting of the WTO General Council in Geneva on Wednesday, Turkmenistan's Foreign Ministry said in a press release.

According to the statement, the session held at the WTO headquarters in Geneva considered the application of Turkmenistan on accession to the WTO as an observer.

In honor of assessing the request of Turkmenistan for accession to WTO in the status of an observer, a special ceremony was organized during which the Permanent Representative of Turkmenistan delivered a speech on behalf of the Government of Turkmenistan. During the address, the diplomat informed the General Council about the background of the accession process to the Organization, in particular about the pioneering policy of implementing the external economic policy of Turkmenistan.

Following the address of the Turkmen side, a number of representatives of the Organization’s member-states, including Afghanistan, India, Kazakhstan, Kyrgyzstan, Mongolia, Panama, Paraguay, Pakistan, Russian Federation, Tajikistan, Turkey, Ukraine and Uruguay expressed support to the initiative of Turkmenistan on the accession to the WTO as an observer.

The WTO presently includes 164 member-states. Turkmenistan becomes the 25th observer of the organization.