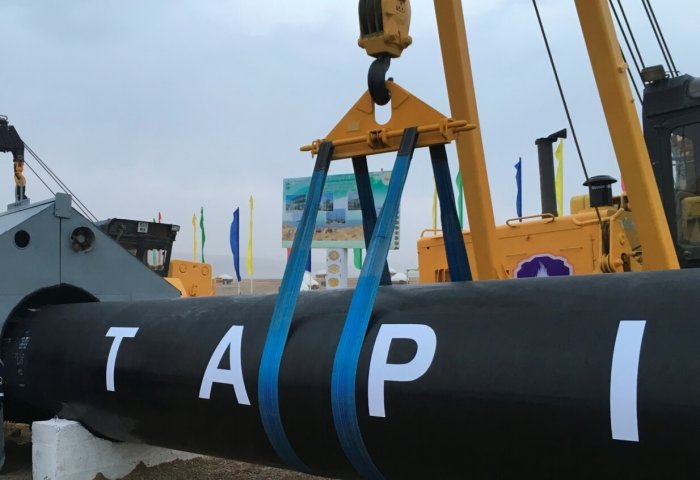 The Foreign Minister of Pakistan said the TAPI project is expected to create 2,000 jobs.

Pakistan’s Foreign Minister Shah Mahmood Qureshi on Thursday said Turkmenistan-Afghanistan-Pakistan-India (TAPI) gas pipeline project is beneficial for the entire region and Afghanistan alone would get US$1 billion in transit fee and royalty after completion of the project, APP news agency reports.

Talking to the media following his meeting with President of Turkmenistan Gurbanguly Berdimuhamedov in Ashgabat, the Foreign Minister said the project is expected to create 2,000 jobs.

The Foreign Minister said the TAPI project was discussed in detail with the Turkmen President and reiterated Pakistan’s commitment to enhance economic links through various projects, including TAPI.

On Afghanistan’s evolving situation, Qureshi said Pakistan emphasizes on the proposal of collective efforts of neighboring countries to find a way out to peace.

Any instability in Afghanistan would have a negative impact on Pakistan and its other neighbors, the Foreign Minister said, adding that to discuss the Afghan situation, convening of a meeting of foreign ministers from its neighboring states in the near future is under consideration.

He said Pakistan and Turkmenistan would continue collaboration with special representatives from both sides to hold meetings on strengthening of relations.

Qureshi also led delegation-level talks in Turkmenistan, focusing on bilateral relations and cooperation in energy and other areas.

To discuss the situation in Afghanistan and bilateral relations, Pakistan’s Foreign Minister started his visits to Tajikistan, Uzbekistan, Turkmenistan and Iran on August 24.