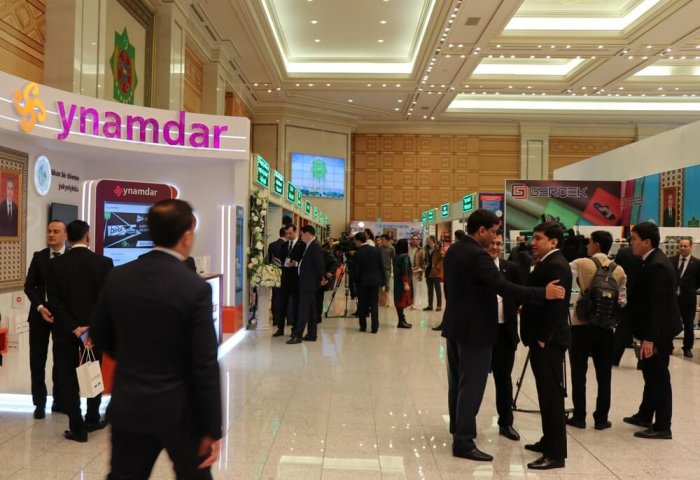 President Berdimuhamedov said the government will continue implementation of state support for entrepreneurship, support the stable development of the financial-economic system of the country.

President of Turkmenistan Gurbanguly Berdimuhamedov in a meeting with the members of the bicameral parliament of the country Milli Gengesh said in order to stimulate economic, business and investment activities, it is necessary to improve such legislative acts as the Merchant Shipping Code, the Customs and Tax codes, laws regulating investment activity and other legislations.

Under conditions of intensively developing market relations new infrastructure of regions of the country is being created, efficiency of entrepreneurial activity is increasing, activities on production of import-substituting production is being activated, the Head of State said. He added that in this connection the work on further improvement of legislative documents for the purpose of creation of economic, industrial zones, their effective work acquires special importance.

Despite the ongoing difficulties in the global economy, we will continue our work on extensive use of the potential of the private sector in all sectors of the economy, the implementation of state support for entrepreneurship, support the stable development of the financial-economic system of the country, the Turkmen Leader said.

The Head of State stated the development of provinces of the country, attraction of investments, introduction of advanced technologies and techniques, development of enterprises to produce import-substituting products, expansion of services and creation of new jobs are also among the important tasks. He said the most important task is the construction of affordable housing for the population.

The meeting identified and discussed the priority tasks facing the parliamentarians at the next stage of development of Turkmenistan.