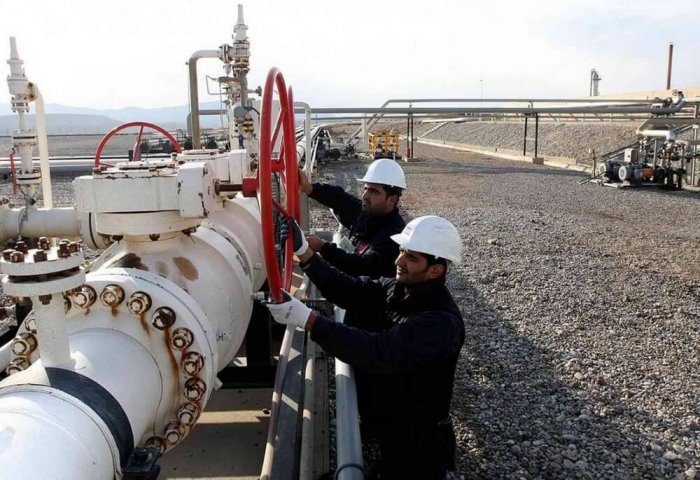 Iran will soon start receiving 6 million cubic meters of gas per day from Russia as part of a swap agreement to export it in LNG form to other countries in the south of Iran.

The Iranian Oil Ministry announced on Monday that the country will soon start purchasing 9 million cubic meters of gas per day from Russia through pipelines via Azerbaijan, Tasnim news agency reports.

The ministry announced the plan in a report detailing a $40-billion deal struck in July between the National Iranian Oil Company (NIOC) and Russia's state-owned gas producer Gazprom.

The ministry added that it will soon start receiving 6 million cubic meters of gas per day from Russia as part of a swap agreement to export it in LNG (liquefied natural gas) form to other countries in the south of Iran.

Iran is expected to use the 15 mcm per day of gas supply from Russia to strengthen its domestic supply network in the densely populated regions in the northwest while being able to export increased amounts of natural gas to Turkey and Iraq through pipelines in the west of the country.

Iran is currently implementing a gas swap agreement with Turkmenistan under which the imported Turkmen gas is consumed in northeastern Iran and the NIGC delivers the same amount of gas to Azerbaijan in its northwest.

The agreement provides for the supply of 1.5-2 billion cubic meters of Turkmen gas per year to Azerbaijan through Iran. In early June 2022, Economy Minister of Azerbaijan Mikayil Jabbarov and Javad Owji signed a memorandum of understanding in Baku, under which gas supplies from Turkmenistan to Azerbaijan via Iran will be doubled.