Turkmen delegation and the representatives of the Confederation of Danish Industry (CDI) noted the feasibility of establishing direct contacts between the CDI and the Union of Industrialists and Entrepreneurs of Turkmenistan.

Turkmen-Danish political consultations on the level of the deputy chiefs of the external policy agencies of Turkmenistan and the Kingdom of Denmark took place on October 30 in Copenhagen.

The parties discussed the state of affairs and prospects of development of mutually beneficial Turkmen-Danish relations that cover the whole range of cooperation issues.

The diplomats noted the special significance of expanding collaboration between Turkmenistan and the Kingdom of Denmark in political-diplomatic, financial-banking and cultural-humanitarian spheres.

The same day, the Turkmen delegation met with the leading representatives of the Confederation of Danish Industry (CDI) and a number of companies which are the members of CDI, including the export-credit agency Eksport Kredit Fonden (EKF), Investment Fund for Developing Countries (IFU), AVK International A/S, FLSmidth A/S, and FURUNO Danmark A/S.

During the talks, the parties to the talks discussed the opportunities for establishing contacts between the business societies of two countries, as well as the prospects of business activities of Danish companies in Turkmenistan.

The sides touched upon the economic situation and investment climate in Turkmenistan, opportunities of financing the Danish exports to the country and funding the projects in participation of Danish capital.

The parties also noted the feasibility of establishing direct contacts between the CDI and the Union of Industrialists and Entrepreneurs of Turkmenistan. 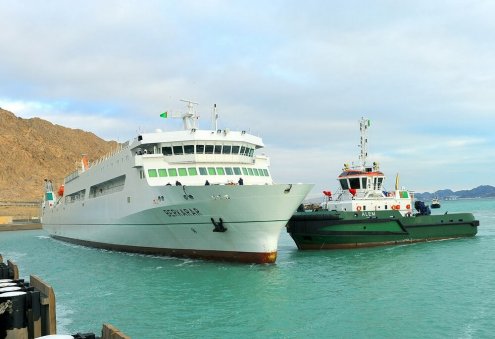