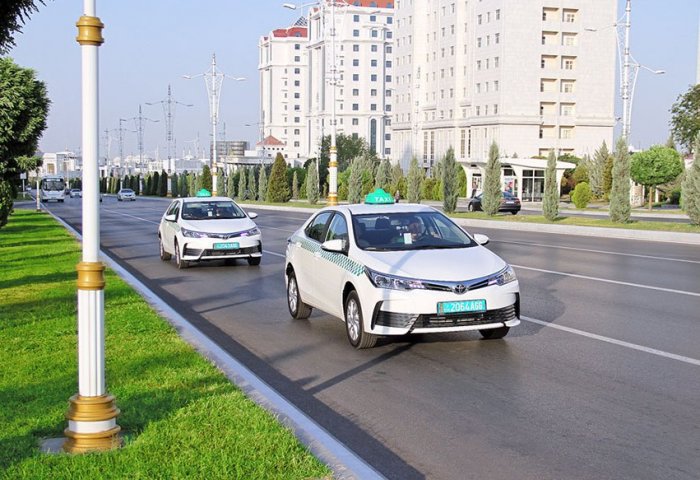 At the first stage, digital tracking systems will be installed on passenger taxis and passenger buses running in the capital and velayats.

President of Turkmenistan Gurbanguly Berdimuhamedov during a video conference session of the Cabinet of Ministers on Friday was briefed by Vice-Premier Minister Bayramgeldi Ovezov on the introduction of a digital system in the Türkmenawtoulaglary (Turkmen Motor Vehicles) Agency’s activities.

The Vice-Premier said the agency plans to create an information base of local and foreign vehicles, providing transport services both on the territory of Turkmenistan and on international routes.

“The movement of vehicles will also be tracked using GPS control and appropriate software for analyzing the temporal and spatial coordinates of objects. The project will be implemented in stages,” said Ovezov.

At the first stage, digital tracking systems will be installed on passenger taxis and passenger buses running in the capital and velayats, which will allow monitoring their location, travel speed and compliance with traffic schedules, fuel consumption and time spent on technical operations.

At the second stage, digital tracking systems will be installed at freight transport vehicles moving within the country.

At the third stage, the digital systems will be installed at domestic vehicles carrying out international transport operations, which will make it possible to monitor their movement and to issue electronic permits for crossing borders. An electronic roadmap and a centralized information base will also be created, which will include all the information about incoming and transiting foreign vehicles.

Türkmentehnogurluşyk closed joint-stock company of the Türkmenaragatnaşyk (Turkmen Communications) Agency will carry out the project until October 1, 2020.

According to the Turkmen Leader, connecting the monitoring system of vehicles engaged in passenger and freight transportation around the country, the introduction of modern digital technologies to the transport management system will open a new page in the development of Turkmenistan as a major transport hub in the region and the continent.