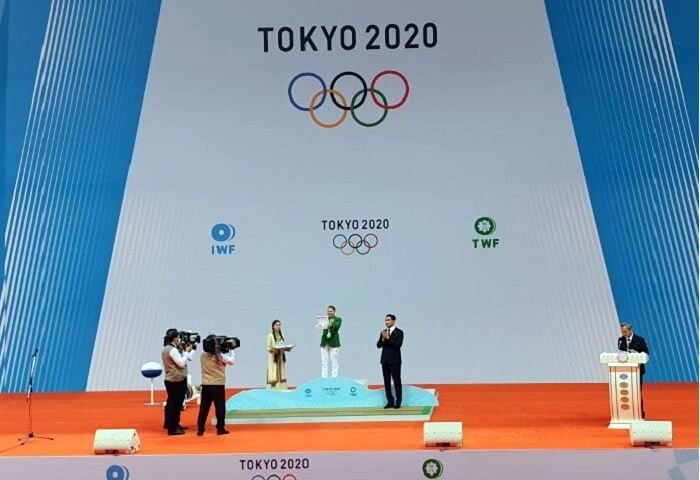 Weightlifter Polina Guryeva was awarded the title of "Honored Master of Sports of Turkmenistan".

The award ceremony for the athlete of the national team of Turkmenistan Polina Guryeva, who won the country's first Olympic silver medal at the 2020 Summer Olympic Games in Tokyo, was held in the country’s capital city of Ashgabat on Saturday.

During the solemn event, Deputy Chairman of the Cabinet of Ministers Serdar Berdimuhamedov presented a congratulatory letter from President Gurbanguly Berdimuhamedov to the national team of the country, which successfully performed at the Summer Olympic Games.

Then, Serdar Berdimuhamedov on behalf of the President of Turkmenistan presented awards to the weightlifter Polina Guryeva. The silver medalist of the Olympic Games in Tokyo Polina Guryeva received a cash prize of US$50 thousand, the keys to a three-room apartment in Ashgabat, and a Lexus LX 570 Sport Plus car.

Polina Guryeva, a student of the Turkmen State Institute of Physical Culture and Sports, was also awarded the title of "Honored Master of Sports of Turkmenistan".

Weightlifter Polina Guryeva won a silver medal at the 2020 Summer Olympics in Tokyo in the combined event with a record result for herself of 217 kilograms (snatch - 96 kg, clean and jerk - 121 kg).