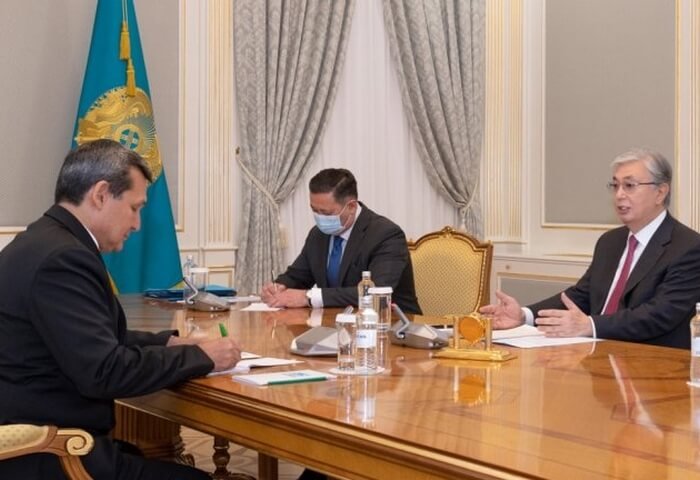 The Turkmen Foreign Minister and the Kazakh President discussed the prospects for strengthening the bilateral ties in political, trade and economic spheres, as well as issues of regional security.

Deputy Prime Minister, Minister of Foreign Affairs of Turkmenistan Rashid Meredov held a meeting with President of Kazakhstan Kassym-Zhomart Tokayev in Nur-Soltan on Tuesday. The head of the Turkmen foreign policy agency conveyed to the Kazakh Leader the invitation of President Gurbanguly Berdimuhamedov to pay a state visit to Turkmenistan.

President Kassym-Jomart Tokayev confirmed his readiness to visit Ashgabat in the near future and stressed the importance of the visit in contributing to the Kazakh-Turkmen strategic partnership, the press service of the head of Kazakhstan said in its press release.

During the meeting, the sides discussed the prospects for strengthening the Kazakh-Turkmen political, trade and economic ties, as well as issues of regional security. The interlocutors also discussed the preparations for the 6th Caspian Summit in Turkmenistan.

The Turkmen Foreign Minister arrived in Kazakhstan to participate in a meeting of the Council of Foreign Ministers of the Conference on Interaction and Confidence Building Measures in Asia (CICA).