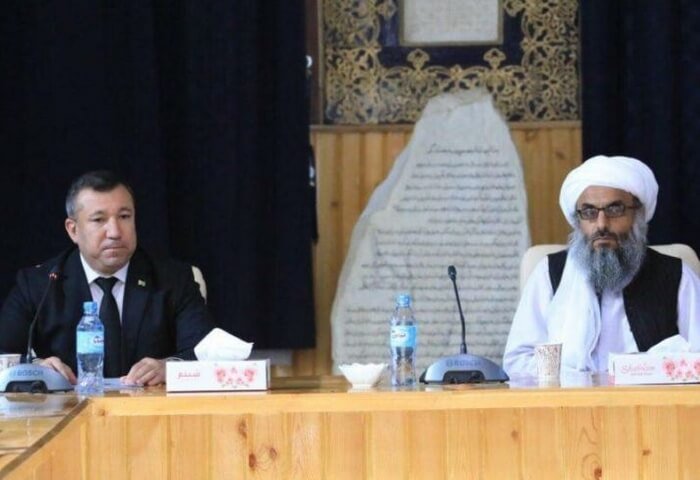 The Turkmen Ambassador to Kabul Hoja Ovezov reiterated his country’s support for TAPI and other joint economic projects.

The Afghan and Turkmen officials on Saturday held a conference in Afghanistan’s western province of Herat to discuss the practical work on joint projects.

The participants included acting Minister of Mines and Petroleum of Afghanistan Mohammad Isa, Ambassador of Turkmenistan to Afghanistan Hoja Ovezov and other officials from the two countries, the TOLOnews television network reports.

The talks particularly focused on the beginning of practical work in Afghanistan of joint projects, including Turkmenistan-Afghanistan-Pakistan-India (TAPI) gas pipeline, fiber-optic communications lines and railways.

The Turkmen Ambassador to Kabul reiterated his country’s support for TAPI and other joint economic projects.

“We, on behalf of Turkmenistan, come here to discuss the TAPI, TAP, fiber optic and Railway with the Afghan officials. A few committees were set up by the two countries to work together to work out solutions for the resumption of these projects”, Ambassador Ovezov said.

“We discussed the technical aspects and field work of the TAPI project. It will be implemented in the near future,” TOLOnews cites the Governor of Herat Noor Ahmad Islam Jar as saying during the meeting.

Turkmen Foreign Minister Rashid Meredov, within the framework of his visit to Kabul in late October, discussed with senior officials of the Afghan government the intensification of the construction of the TAPI gas pipeline and the Turkmenistan-Afghanistan-Pakistan power transmission line.