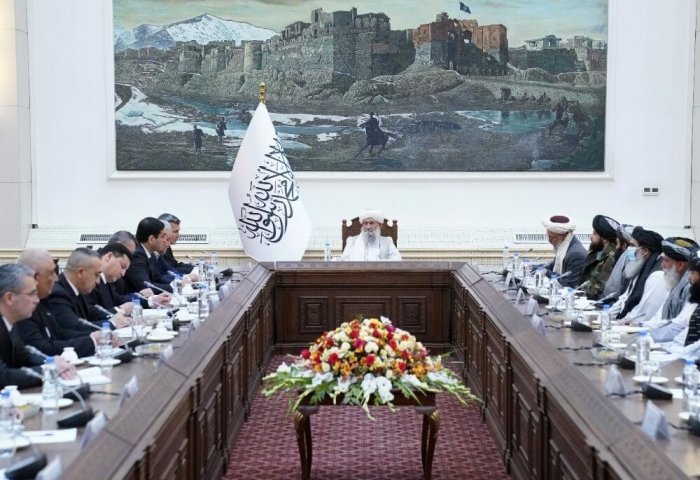 The Chairman of the Cabinet of Ministers of Afghanistan Mohammad Hasan Akhund, on behalf of the government and people of the country, sent a letter of gratitude to President of Turkmenistan Gurbanguly Berdimuhamedov for the humanitarian aid sent to Afghanistan in December 2021. The letter was published by the official Turkmen press on Thursday.

"The provision of such great support by friendly Turkmenistan in the form of oil, gas, food and textiles under the current difficult conditions is a vivid proof of good-neighborly relations between our friendly peoples," Mohammad Hasan Akhund said in the letter.

“Since the creation of the Islamic Emirate of Afghanistan, a new era has begun in relations between the two neighboring countries,” Akhund said, adding that the visit of the Minister of Foreign Affairs of Turkmenistan to Kabul and the meetings of the Turkmen delegation in Herat on November 20 to 21 strengthened friendly relations.

In his letter, the Afghan Prime Minister also assured that Afghanistan is fully ready to implement the agreements reached as a result of the negotiations.

The humanitarian cargo delivered by Turkmenistan to neighboring Afghanistan in December consisted of 1,200 tons of various goods produced in Turkmenistan, including textiles and food products, as well as 20 railway tank cars of oil products.