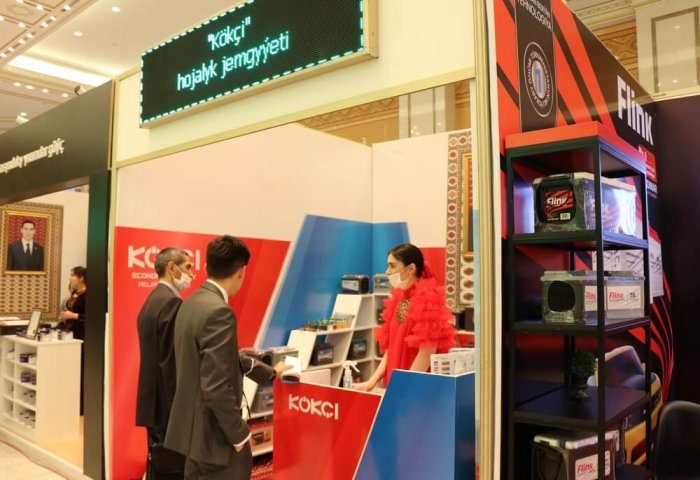 Private businesses in Turkmenistan’s eastern province of Lebap have exported industrial goods worth $953.45 thousand in the first three months of 2022.

The Kökçi Economic Society, producing vehicle batteries with different capacities, also takes a strong place among the province’s exporters. The company's products attract consumers by their quite good quality and low prices compared to imported analogues. Therefore, most of the products remain on the domestic market. But there are also loyal customers in neighboring Afghanistan. Over the past three months, they have purchased 1,440 batteries produced at Kokçi. That's more than 10% of the company's total production.

Çelek Individual Enterprise has produced 600 tons of liquid industrial mixture since the beginning of the year. The Chinese companies purchased 264 tons of it.

The local company Gaýrat, which produced 668 tons of absorbent cotton in the first three months, has shipped 476 tons, or more than two thirds of it, to Dubai.

Altyn Saraý company shipped 18 tons of polypropylene bags, or 10% of total output in three months, to Belarus. The rest of it – more than 167 tons – were sold on the domestic market.

Geljege Rowaç Individual Enterprise, which produced 337 thousand plastic hangers in three months, shipped almost half of it to Azerbaijan.

According to the media, the businesses in Lebap, having established the production of different industrial goods, contribute not only to import substitution, but also become exporters of products with the label of Made in Turkmenistan.